Feeling jet-lagged (18 hrs in transit, followed by about 4 hrs of sleep) and slightly depressed. This may not be the best time to start on my Cuba trip reporting, but I don’t think I’ll get much done today anyway, so here it goes… 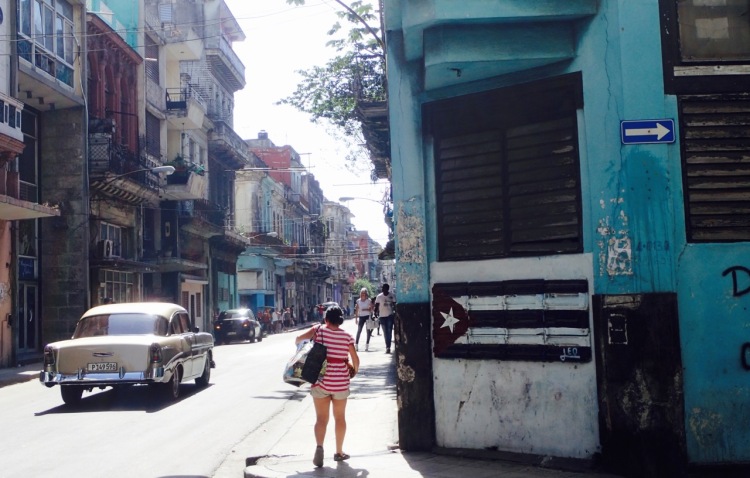 This was my third trip to Cuba (first one was in 2003, second in 2011) and I have to admit that it’s becoming relatively easier to come back. The first trip left me in a slump for weeks, if not months. After the second trip I knew what to expect, so I braced myself for the reverse culture shock and endured. This time I’m even better (emotionally) prepared and comforted by the fact that Cuba isn’t going anywhere. It’s changing, but isn’t change inevitable everywhere? 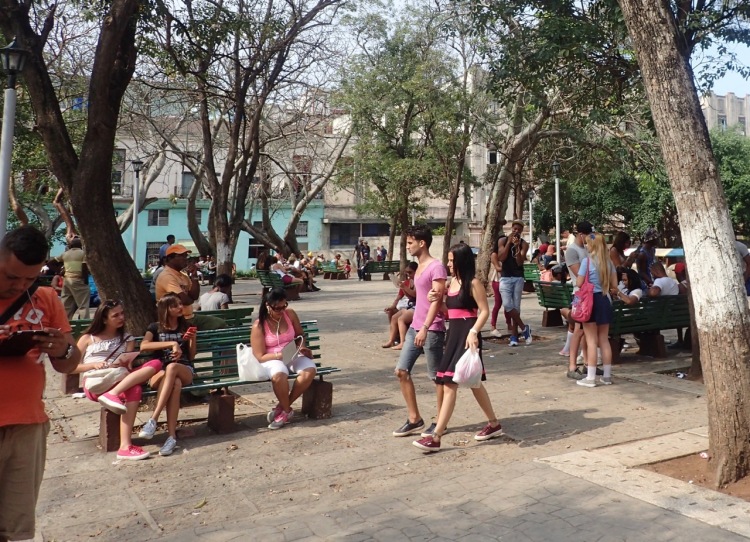 While in Cuba I even missed a few things about La Yuma*! I missed my family and my friends, my dogs and my cat, happy dogs (in general) riding in cars and sticking their heads out the window, readily accessible internet (sometimes), being able to use an ATM, having a washing machine…  Ok, see, I’m already drawing a blank. I thought there were more things that I missed. Oh, and hard cider! I kinda missed hard cider.

Cuba isn’t for everyone. If you’re a type A personality, it most definitely isn’t for you. May I suggest Australia’s Gold Coast or some other warm, but also well-organized locale instead?

In Cuba very little is organized and much is improvised. If you want to go (and an all-inclusive resort/purgatory is not your thing), be prepared to roll with it. Things will break down, cars won’t have seat belts or door handles, stores that say they’re open will be closed. Places will close for lunch for an hour and a half or two, depending on the weather. There will be spontaneous loud parties, with music blaring, any random night of the week, so you may have to postpone sleep. Your reserved accommodations may be given away, but then you’ll be taken by the hand to a neighbor’s house, so it’s all good. You may have to drink local potable water (if you’re paranoid, bring a SteriPEN. I didn’t use one and was fine, but then again I have that iron stomach), eat food flavored with salt and vinegar only, and wait in very long lines for just about anything.

But if you can relax (and relax you must, or you won’t last long), you will have the best time of your life. The people in whose home you’ll sleep (more on casas particulares later) will treat like you’re family. You’ll never feel unsafe or as if you’ve stumbled upon a ‘sketchy’ neighborhood (I can’t think of a safer place for a single female traveler, except for maybe Japan), and you’ll learn some Spanish too (you’ll have to. Almost no one speaks English!).

Even though I want to see the world, and love that quote that I pinned on Pinterest (“Every year go somewhere new”) my love for Cuba and all its quirks is so huge, so sincere that I know I will be going back there again, and again, and again.

* La Yuma is Cuban slang for the U.S. and just about anywhere else not Latin American.