If you’ve read my other posts about Cuba, you probably know by now that I’m crushing on Cuba pretty hard. She’s my favorite. But Niquero…  I wasn’t loving Niquero.

Niquero is weird. When we entered the town it immediately made me think of a frontier town. Something edgy and a little seedy about it. Instead of the traditional Cuban central plaza with statues, benches and kids running around, there is this one long road, lined with wooden buildings with front porches that looks like something out of Wyoming! Not that I hate Wyoming, not at all. But Wyoming is Wyoming and this is Cuba and what’s Wyoming doing in Cuba? 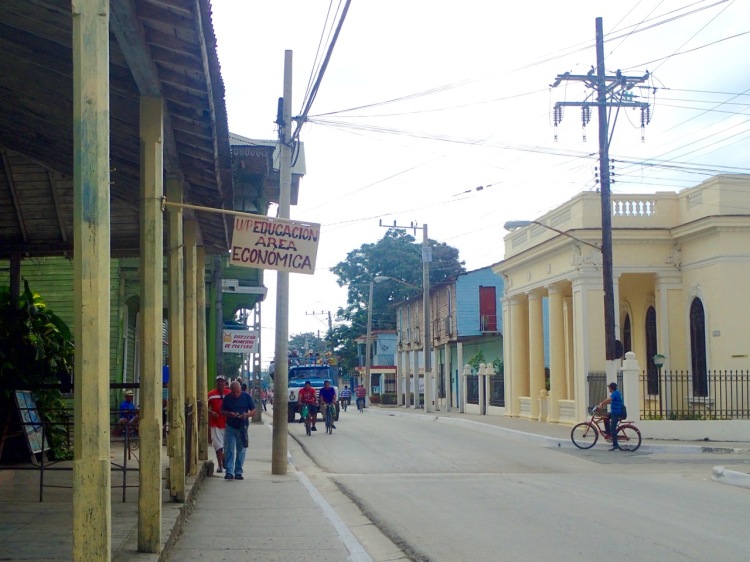 The town is also dominated by a sugar cane processing plant. Not a very pretty sight and it’s loud too. And I’m going to assume that it produces a fair amount of pollution. 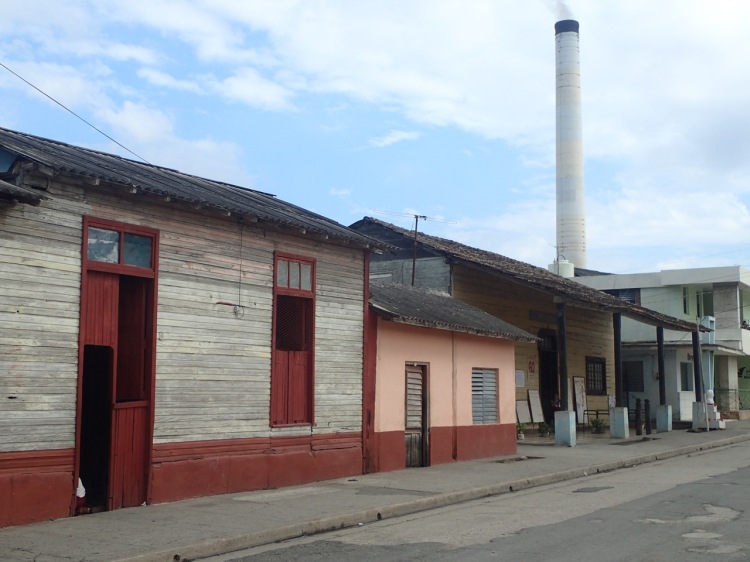 Niquero is so off the beaten path, there aren’t any casas there. Nedene called ahead and made reservations at the local hotel, aptly named Hotel Niquero.

Despite being located in this odd little town in the middle of nowhere, Hotel Niquero is actually very nice and comfortable. Our room was great and it had a balcony. The wi-fi at the hotel sorta worked (well, not for very long. And only if you sat on the stairs) and there is a bar there, a restaurant and a little store as well.

Considering this, of all places, was the one spot in Cuba where I was able to successfully connect to the internet – albeit for only a fleeting moment – I think it’s important now to talk about the internet in Cuba.

If you’re one of those people who can’t live without Facebook and need to check your email several times a day, you should not go to Cuba. You will go into shock and die.

On the other hand, if social media detox is what you crave, there is hardly a better place on earth!

Internet in Cuba sucks. There are some hot spots around towns and in cities where there’s supposedly connection. People will gather around in the evenings with their laptops and cell phones and check Facebook and some will even blog! I follow a couple of bloggers from Cuba, who must have the patience of a saint, so I know they exist. (I admit that I only  tried connecting on my phone through wi-fi. I did not go into an internet cafe – although supposedly they are out there – or try using a computer at a hotel anywhere. It may have been easier on a wired connection.)

Probably most well-known Cuban blogger is Yoani Sanchez and her Generation Y blog. I have to admit that I try to read it from time to time, to feel balanced and stay informed on the musings of the Cuban dissent, but I quickly lose patience. Go ahead, read it, many people do. She’s a good writer. Just not my style.

There are quite a few Cuban blogs written in Spanish that I tried reading using Google translate, but it comes out mostly gibberish. I really need to learn Spanish…

If you’re interested in Cuba and Cuban society, Conner Gorry’s (an American expat living in Havana) Here is Havana is absolutely fantastic! It’s a great read and it really makes me want to move to Cuba (yes, I read the one about the water/gas/electricity shortages). I highly recommend it.

As for the “why”…  Why is the internet in Cuba so awful?

The simple answer is: the US imposed blockade (a.k.a. the embargo) of Cuba.

BTW, it’s the answer to most things about Cuba. Why are there so many old cars? Why is everything always breaking down? Why is all the food organic? Why aren’t more buildings painted pretty colors? Why can’t I find a familiar brand of toothpaste/shampoo/tampons? Why can’t I use my credit card? 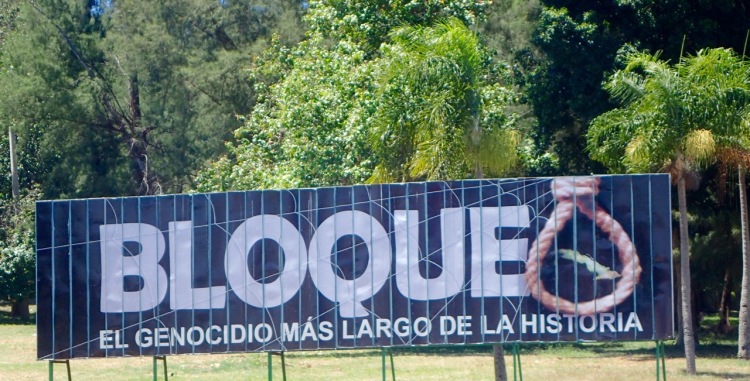 Even if you think it’s a good idea to restrict a country’s access to life-saving medicine, water purification systems and prevent it from freely trading with any other country, you have to admit that the blockade of Cuba has been a miserable failure. Over 50 years in the making and Cuba only gets stronger. The more restrictions they face, the more of an immunity they develop. The entire system, instead of collapsing, only gets hardier. You prevent them from getting fertilizer? They start growing organic! You prevent them from accessing medicine? They beef up their pharmaceutical research and start creating their own, better, alternatives! You prevent them from accessing the internet cables that run through the Caribbean? Well… Okay. They haven’t come up with a great alternative for this one yet… 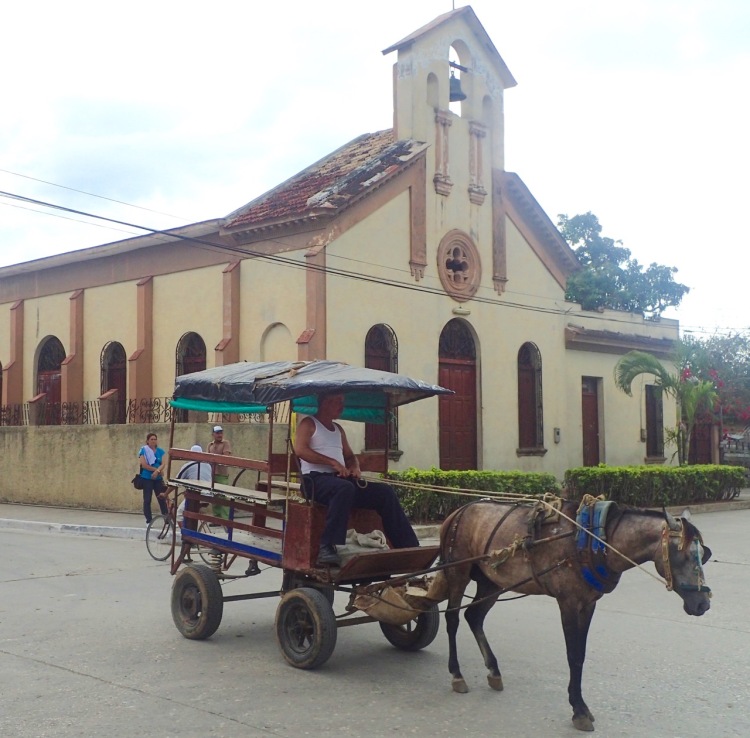 When you’re visiting Cuba, it’s best to embrace the analog lifestyle and stop stressing out about being off the grid.

As for Niquero, I was hoping to see some sort of a memorial dedicated to the Granma landing, but didn’t see one. Considering that the boat was full of armed rebels, it didn’t actually land in Niquero, but a little bit south of the town. We talked about going to find the Granma landing, but eventually decided against it. We got this close and it would have to be close enough. 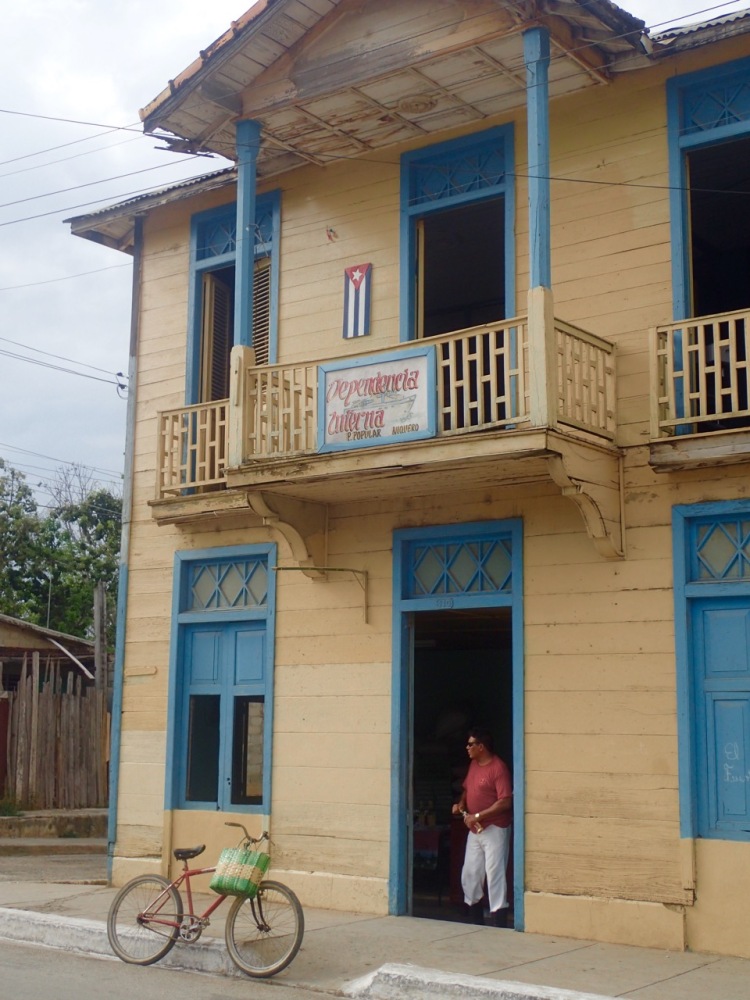 And I have to wonder: why is it that I didn’t care for Niquero all that much?

One reason I thought of: the hotel.

Yes, the hotel was nice. It was comfortable. It had semi-functional internet. But unlike a casa particular,  it also had other tourists. Many tourists have a tendency to seep into my subconscious and infect it. This is one reason I try to go to places where not many tourists go and why I’ve never been to Paris.

Now, I don’t want to talk badly about tourists in general, because I’m obviously one of them. But there are tourists and there are tourists. Some can come to a country with an understanding that they’re guests and should act like guests. But others come in acting like they somehow own the place and the locals are there to serve them. It’s the second kind of tourist that I can’t be around for very long.

It’s the second kind that we encountered at Hotel Niquero.

These British tourists (sorry British people. Not all of you are nasty, but there are some – as there are some nasty Americans, I know) somehow got into a big squabble with a local about him washing their car. Apparently they wanted him to “watch” the car, but he must have thought they said “wash”. They were livid, the poor guy was embarrassed and the whole episode was just absurd. I mean, come on! My English is far better than the average Cuban’s, I’m sure, but I still can’t always understand British people when they speak! I watch Peep Show with the subtitles on! So to have them berating this guy like this was just beyond ridiculous. It made me realize that this widespread Cuban hospitality and warmth and just plain old selfless kindness might soon become a thing of the past, especially when us, tourists are concerned. You reap what you sow.

So, fellow travelers. Do us all a favor and be nice. Remember that you’re a guest in the country you’re visiting. Remember that you’re an ambassador for your own country. If you’re nice and you’re British, people will start thinking that all British people are nice. They’ll tell their friends and their friends will tell their friends, and so on. You’ll be making a real difference in the world. But if you have a fit over someone washing your rental car, you really are ruining it for the rest of us.