If you’re like most tourists visiting Cuba from countries which freely allow you to travel there (US is starting to, but don’t believe the hype. It’s still not the same as it is for Canadians), you’ll most likely end up in an all-inclusive resort. Oh, dear. Do I feel sorry for you. 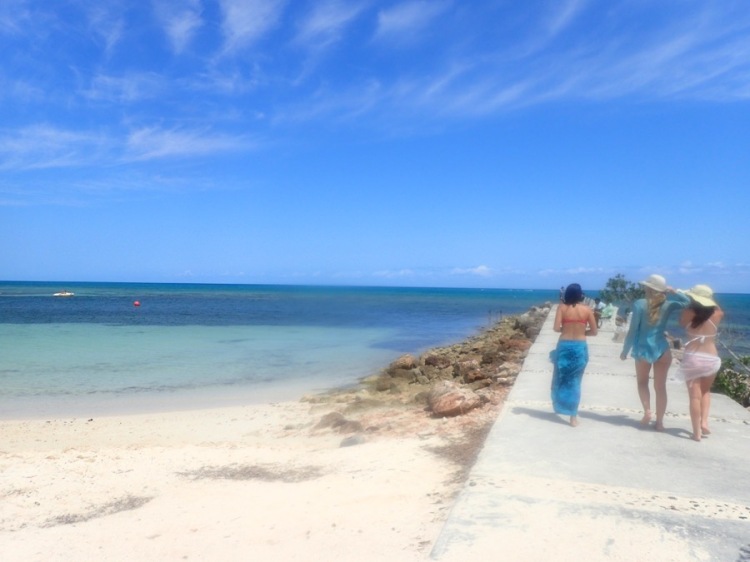 Again, I apologize for being such a travel snob. But look at it this way: you take time off from work, you find a place to house your dogs, you schedule someone to water your plants while you’re away, you stand in long security lines at the airport, you suffer through little leg room and eat terrible airplane food, you deal with jet lag, you inevitably forget to pack something and have to go for a time without using hair conditioner, chances are you’ll be getting a stomach bug (not me), etc… So you may as well actually TRAVEL. And yet, so many people will go through all this trouble to leave home and then end up pretty much where they started, only with sunshine.

Not me. I could not stay at one of these resorts any longer than I did. We were here for three nights and I was very antsy. Luckily, I was able to leave. 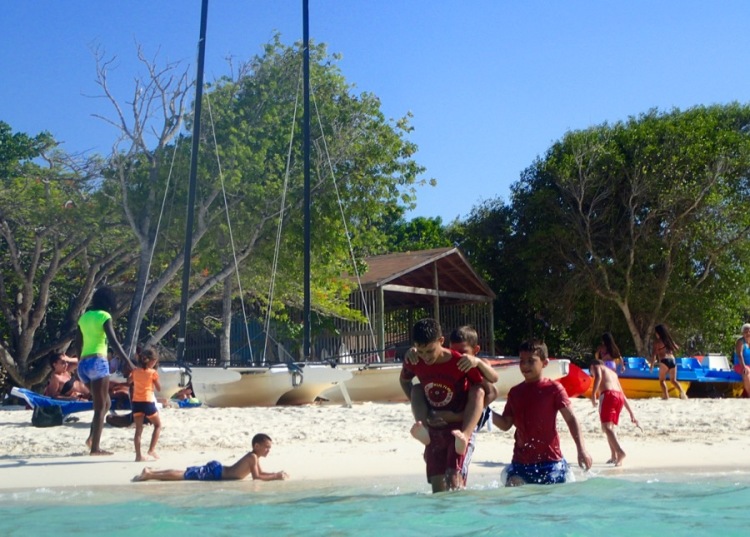 I mean, I admit it, there is something slightly appealing about staying at a resort. It allows you to be lazy. I don’t mind it for a little while. But usually, if I’m lazying around for an entire day, that’s about six hours too long. Because honestly, what’s there to do at a resort? You can eat, drink, sunbathe, swim. I suppose you can also read and journal, which I did plenty of. I also ate, drank, didn’t sunbathe – because my skin refuses to participate – and I did dip myself in the water, but grew quickly bored with that too.

I finished the book I brought with me on this trip. It was a lousy murder mystery/ghost story I had in paperback. I kept tearing off pages as I went along. When I finished it finally, at the resort, I went looking for something else to read.

There is usually a book exchange somewhere at these resorts. But comparing to the garbage that I found there (romance novels, best-selling paperbacks with really large lettered titles and other stuff I wouldn’t want to read), my yawner of a murder mystery/ghost story started to seem like something I’d gladly re-read. If only I hadn’t left the torn out pages all over Cuba…

So, my only other option was the Ocean Press bookstand.

If you’ve been to Cuba, you’ve run into Ocean Press bookstands. They’re pretty much anywhere foreigners congregate. They’re at the airports, in large hotels, and some larger museums. And they mostly sell political books in English. Ocean Press is an Australian publisher specializing in radical political writings, mostly about Latin America. I have some of their books, and don’t mind reading about domination, crisis and struggles of Latin American, but do I want to do that at the beach? I browsed their collection. It was all pretty depressing. Indigenous cultures were disappearing, poverty was spreading. I could’ve read about Che’s year in the Congo or Fidel Castro’s account of Obama’s Empire, but who wants to do that while sipping a mojito?

So I got Che’s “Motorcycle Diaries”. I’ve been meaning to read them for a while now and that’s one reason I hadn’t seen the movie yet. It seemed like the most entertaining option. Young Che Guevara was quite a punk though. I’m not sure I’d have liked him in person, not before he became radicalized in Guatemala. His antics are those of a privileged kid in medical school who decides to travel up the continent (from Argentina to Venezuela) on a whim, makes passes at married women, defecates out the window, kills a dog (by mistake, but still! He didn’t seem too sorry about it) and uses his credentials as a “doctor” (I don’t think he graduated at this point yet) to get stuff for free. Granted, he also learns a lot about social, economic and racial inequality and becomes a better person in the end, but yeah, not someone I’d want to have known at this point in time!

I read the book. I scribbled in my journal. I walked around. I tried the different bars. I people watched. And at some point I decided that it was time to get the hell out of dodge.

I have to quickly mention here that I think our little group maintained a good balance of together vs. solo time. We got together for most meals, we checked in on each other while on the road – biking -and sometimes we chose to hang out and sightsee together or just sit around and chat, but we also gave each other plenty of space. I think that’s important on any trip. Regardless, if you’re family, a group of lifelong friends, or a group of near strangers. Don’t latch on to anyone for too long when you’re traveling. Give yourself time to experience the place on your own. That’s my advice. I follow it and it makes my trips more enjoyable. It’s important to just do what you feel like doing at the moment, without having to compromise. Even something simple, like “should we take a right here or keep going straight” could feel like a compromise you don’t necessarily want to make at that moment. And if you’re somewhere really far away from home, chances are you won’t be coming back to take that right anytime soon. 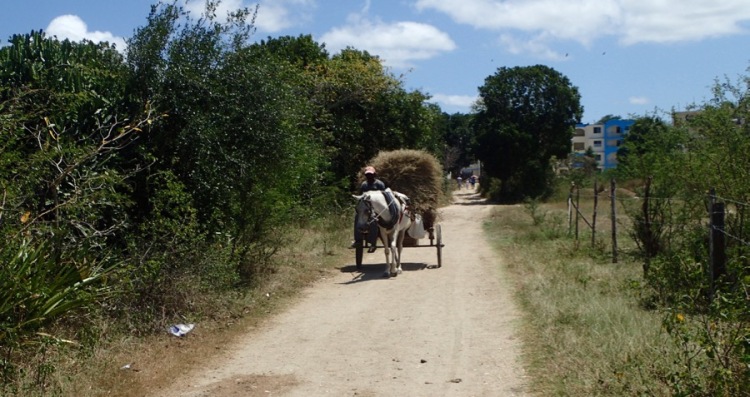 So I enjoyed my solo time at the resort. Especially when I left the compound and went into the neighborhood where the resort employees live.

Now, for the record. I grew up in communist Poland. Say what you want about the former Soviet Bloc, I had a great time growing up. I was safe to explore on my own (I was taking the bus by myself to my grandma’s house when I was six years old), taught critical thinking in schools, never felt hunger or economic insecurity. I think it’s impossible for me to be objective about the abuses and disadvantages of the former communist regimes, because I was so content. I also listened to plenty of stories my grandparents told me about the life before the communists took over and concluded that life was far more equitable while I was growing up. So yeah, let’s just say I am biased. I believe that if you provide the basic comforts of life to everyone (food, shelter, health care, education) you’ll live in a far happier society. Sure, people always want more and have a hard time being satisfied with just the basics, but the basics have to be there in order for everyone to feel secure. 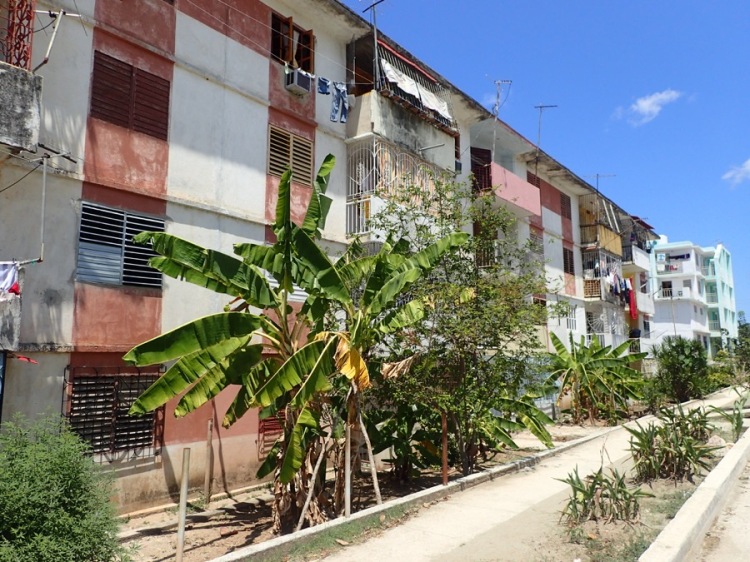 So I really enjoyed my time in the “real” Guardalavaca. There is a housing development about a mile or so away from the resorts, which reminded me so much of the housing development where I grew up in Poland! I loved walking around here and exploring. I loved seeing kids playing in the streets and young guys just chilling out front, and the sounds coming from the open windows of people cooking and yelling at their kids. It was a lot like Poland. Only with palm trees.