Gambling laws in the USA vary by State, but I’ve only seen real full-on casinos in Nevada and when driving through an Indian Reservation. I’ve been to casinos in Vegas and Reno and a little border town in Nevada, Wendover. But I’ve never been inside an Indian Casino. Until now.

The ballot initiative passed – after much unnecessary debate – and now the reservation casinos are raking in the cash (in Washington State and Idaho as well. Others probably too.) 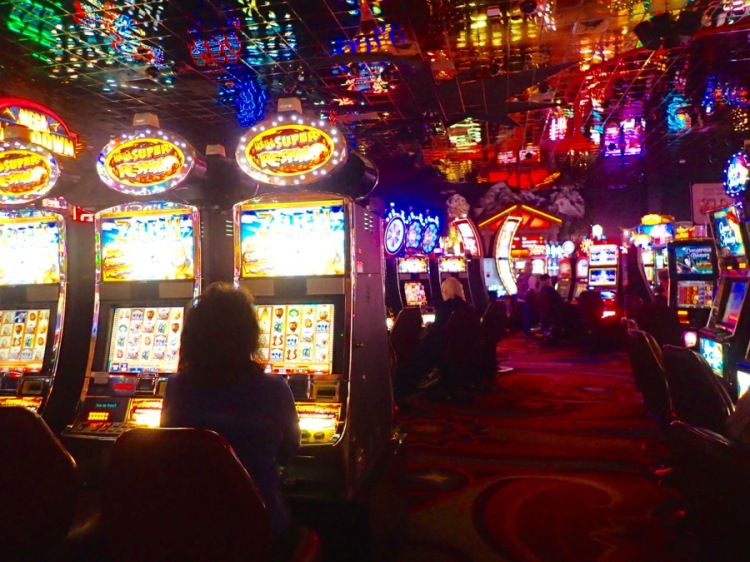 I’m not crazy about gambling. I’m also not crazy about hard lemonade, but just because I don’t like it, I won’t go out of my way to prohibit others from enjoying it. So no, I don’t have any moral qualms about gambling in general. Seems like a waste of money, but if you have fun while pressing colorful buttons in a room full of smoke, more power to you. Also, the reservations are making bank and good for them. I’m all for it. 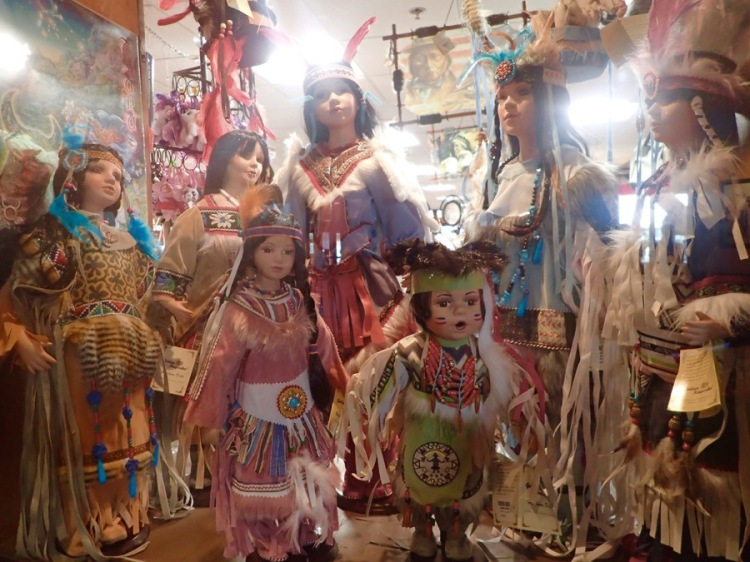 It’s a weird place though…  The casino where Dave and I stayed at the beginning and the very end of our bike trip belongs to the Coeur D’Alene tribe. When we first got there though, the name of the tribe wasn’t as clear.

“Which tribe owns it?” Dave asked.

“That sounds French. Why does an Indian tribe have a French name?”

Good question. I was eager to find out and hoped that our room would have a little booklet on the Coeur D’Alene tribe. Why are they called by a French name (Coeur D’Alene means “awl heart” in French)? How many members are there? How many were there before the white man showed up? Is this their ancestral home or have they been forcefully displaced like so many other native tribes? Were they a migrating tribe or did they build permanent dwellings? Were they friendly with their neighbors? What was their traditional art aesthetic? What were some of their customs? How many of the treaties that they signed with the Federal Government were broken when they no longer suited the Federal Government?

So many questions and no answers! The casino gives the visitors just enough of the Indian vibe to make them feel like they’re on a reservation. There is some artwork here and there, but no mention of the genocide. I get it. You wouldn’t want to lose the customers with any brutal truths. That would be counter-productive in a Casino…  But some history would be nice! 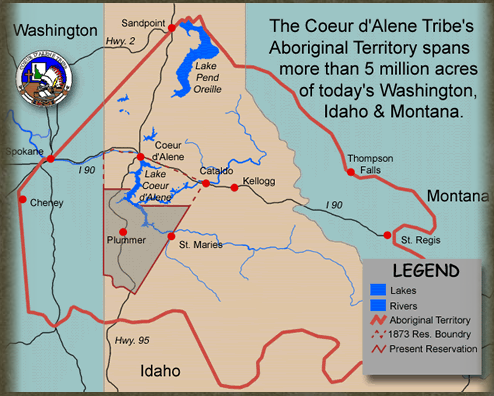 Once I got back home I started doing some research. I found out that the tribe’s original name is Schitsu’umsh, but that the French fur traders started to call them Coeur D’Alene, because of the tribe’s shrewdness in trading (meaning, they weren’t push overs?). The area which they originally occupied was around 5 million acres, while today it’s 345,000 acres. They fought a war with the Spokane tribe once over a woman (how Trojan!). The official website of the Coeur D’Alenes has some great information as well:

And this powerful statement: 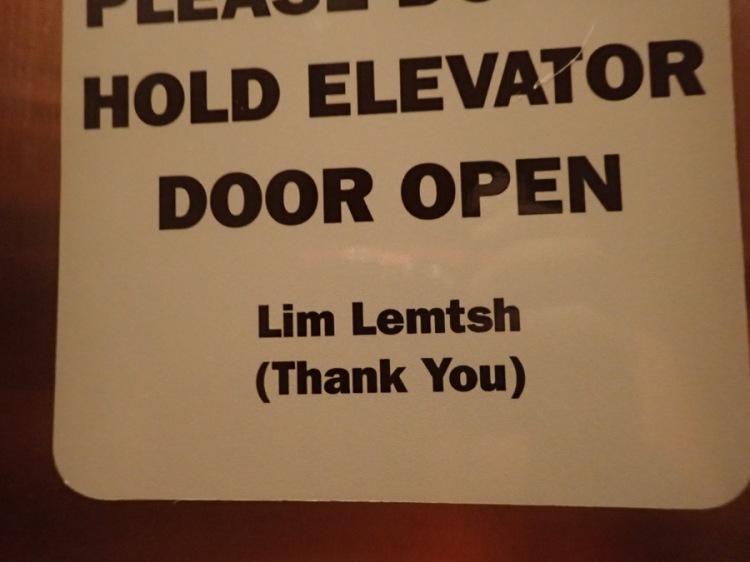 But all my questions about what it means to be Coeur D’Alene aside, our stay here was very comfortable. Our room was lovely – very clean and comfortable! The weekend buffet has all you can eat crab legs and we gorged ourselves to get the $29.99’s worth. And I won $12.35!

Had I kept on playing I would have lost it easily. I just don’t get much thrill out of gambling and will quit as soon as I’m ahead.

Dave won $8.50. But I think he lost $35. Ah well. Enjoy, Coeur D’Alene tribe. Saying “sorry for invading your lands, destroying your ways of life and killing 90% of your population through small pox, massacres and assimilation policies” isn’t quite enough, I don’t think. Might as well drop some cash at a Casino.