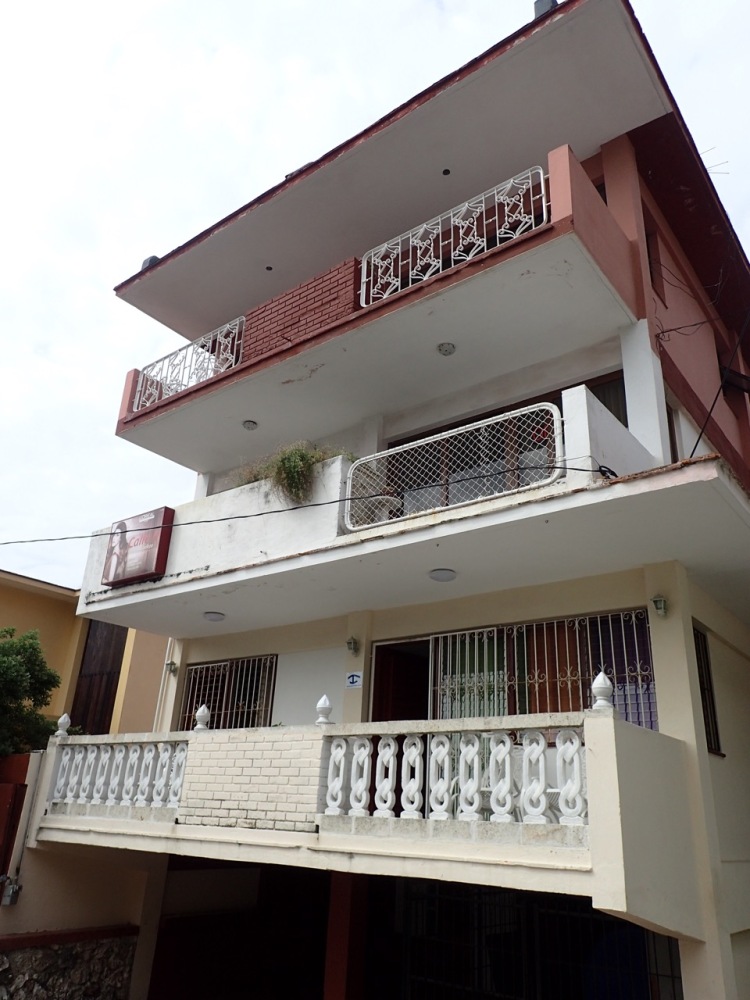 In the morning Nedene, Jo and I moved accommodations. Unfortunately, Lupe and Niurka’s place was booked by other guests for that night, so they found another place for us just down the street. There it is on the bottom floor of this three story building. 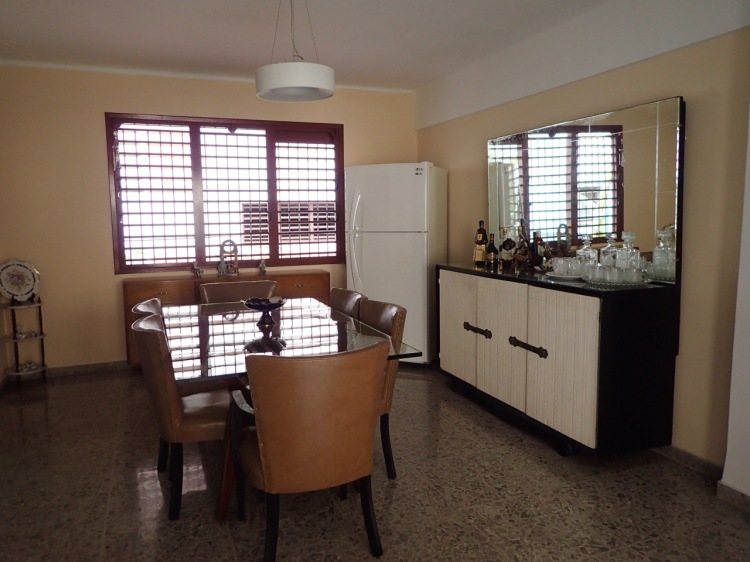 This place was very spacious and comfortable. The only drawback? At night we all got chewed up by mosquitoes! Not sure why that happened. I’d think that they spray for mosquitos more frequently in the city than they do out in the country. Actually, I don’t think I got even one bite before that last night. But during the last night the little bloodsuckers definitely made up for the lost time!

If I got the zika virus, I didn’t notice.

In the morning all three of us went in search of a bicycle rental place. Our bikes were now packed up and ready to be shipped back home, but Nedene was determined to go on another bicycle ride before we left. She’s crazy like that. I was happy to walk with her in search of the rental shop, but wasn’t about to rent one. 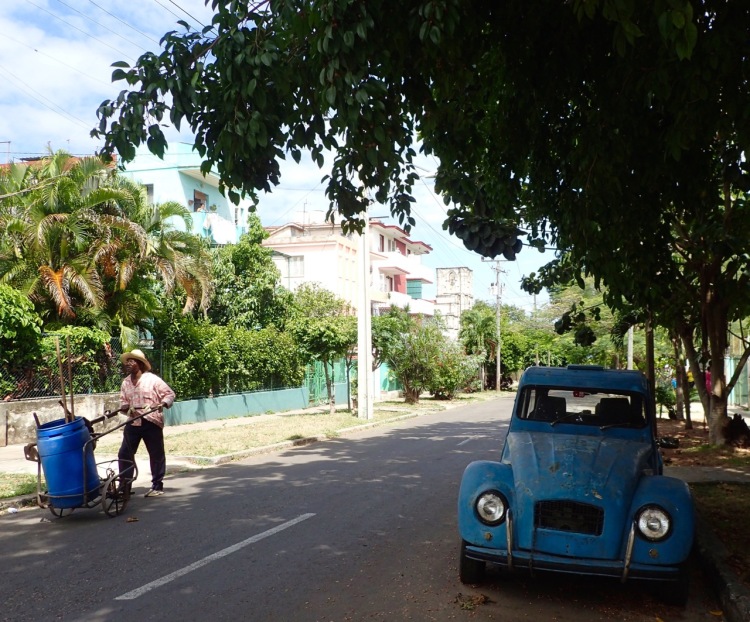 We found the shop in a neighborhood nearby and Nedene talked to the guys running the place. I loitered around and took pictures.

There was a park across the street with some cool sculptures!

And a church right next door. Churches in Cuba are pretty cool. Many of them are renovated and in very nice condition. They’re mostly preserved for the historical and architectural value, because no one really goes inside. I’ve never seen a Sunday mass in Cuba, although some other evangelical religions are popping up here and there and I once biked by an evangelical gathering out in the country. While in Havana I’ve also seen plenty of Santeria women, all dressed in white, but was afraid to take pictures of them. I wouldn’t mess with Santeria!

Nedene and Jo decided they wanted to go visit Hemingway’s house on the outskirts of Havana, but I didn’t feel the need. I was eager to get back into the city and get lost once again, before I had to leave. We agreed to take a collectivo taxi to downtown area. From there Jo and Nedene would go off in search of Hemingway’s house and I’d go off in search of myself (and souvenirs to bring back home). 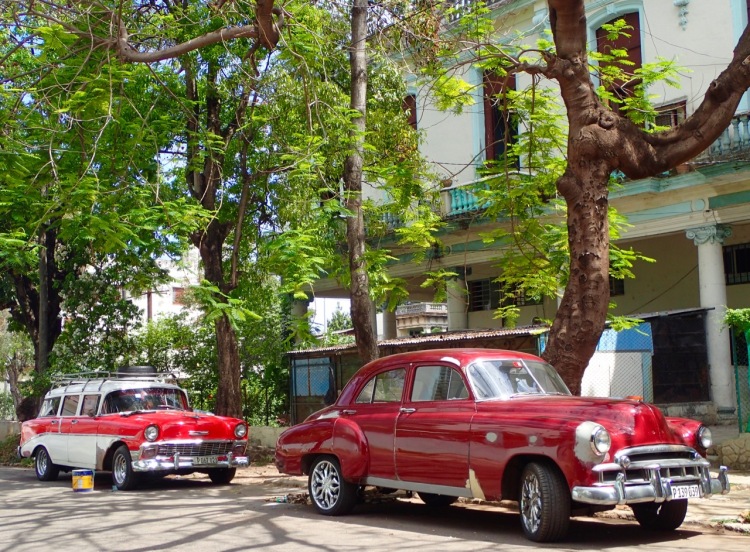 The collectivo taxi is basically a guy with a spacious car, who does a loop around a set route. More like a bus service than a taxi. I’d highly recommend taking one of those while you’re in Havana. It’s a great cultural experience (you get to share a seat with the locals!) and you’re paying the entrepreneur directly. To take one of these, however, you’ll need a decent command of the Spanish language, unless you don’t care where you’re going. In that case, pay your 1 CUC and hop in!

That was a really fun ride and I need to thank Nedene, again, who always was able to communicate with the Cubans in a way that got us where we needed to go without a hitch. 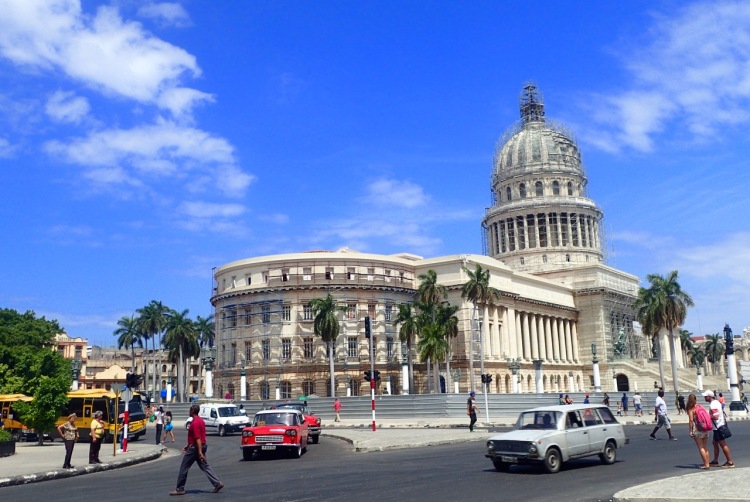 The collectivo taxi dropped us off downtown, near the Capitol building. El Capitolio, completed in 1929 and built in the neo-classical style, looks like something you’d see in Washington DC or like a twin of one of the other State government buildings in the US (such as the Capitol building in our very own Olympia). It was designed by an architect, Eugenio Rayneri Piedra, who studied architecture in the United States, but claimed to derive his inspiration from Paris’s Pantheon. Looking at it, however, I’m not sure I buy it…  Looks like the White House to me.

After I parted ways with Nedene and Jo (both going to see the house where Hemingway once lived), I then proceeded to slowly make my way towards the Old Town and to lose myself among the Havana crowds.

And I got plenty lost!